The fourth book in Wil’s new middle-grade series, ‘Twisted’, releases on Tuesday, October 1st. It’s called ‘Where Did My Family Go?’ and is every bit as creepy as the first three, per the publisher’s description—

“Michael Cooper wakes one morning to a horrifying reality…his family isn’t the same as when he went to sleep the night before. For that matter, neither is anything else. What’s worse, everyone thinks he’s lost his mind and that everything’s just fine.”

The first two chapters can be read here— 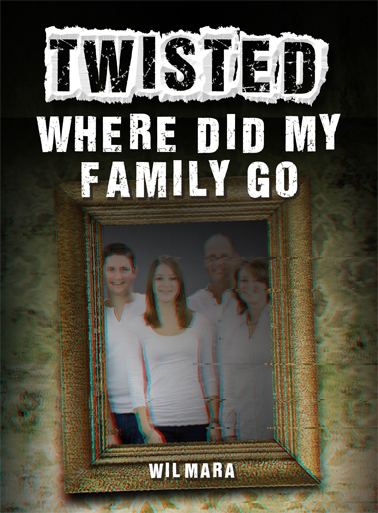 The New Jersey Association of School Librarians will be holding its fall conference on December 9th and 10th, and Wil is going to be one of several featured speakers. The topic of his talk will be ‘The Myth of the Reluctant Reader, Part IV: The Roots of the Problem.’ Wil has been researching the topic of reluctant readers for the better part of the last ten years and has presented on the subject at past NJASL conferences and elsewhere. Other speakers at this year’s conference include keynotes Jacqueline Woodson and John Schu. The conference will be held at the Hilton Hotel and Meeting Center in East Brunswick, NJ.

More details can be found here—

On Wednesday, October 16, The College of New Jersey will host a very special event—Jacqueline Woodson, ‘New York Times’ bestselling author and the current Library of Congress National Ambassador for Young People’s Literature, will be speaking to students both in person and via live webstream around the country. The focus of Jacqueline’s presentation will be her inspirational ‘Reading = HOPE x CHANGE’ program, and Wil is going to act as on-stage moderator. Wil has been the moderator and host at numerous literary events, including the annual ‘Letters About Literature’ award held by the New Jersey Center for the Book, as well the more than 200 school appearances as an author.

Along with her talk, Jacqueline will respond to questions both from attendees and those submitted via online forums. If you wish to participate in this wonderful event via livestream, please visit—

To learn more about Jacqueline, you can visit her site at—

Wil is going to be the ongoing host of ‘Voice of American Libraries,’ a podcast series designed to raise awareness of the many challenges facing America’s librarians, both school and public. It will feature prominent figures in the library world discussing the most pressing issues of their profession. This is crucial in a time when the value of libraries is being questioned, funding is distributed with an eyedropper, and positions are being eliminated under the misguided notion that digital content alone will be sufficient.

The first episodes are currently in production and will release this fall. 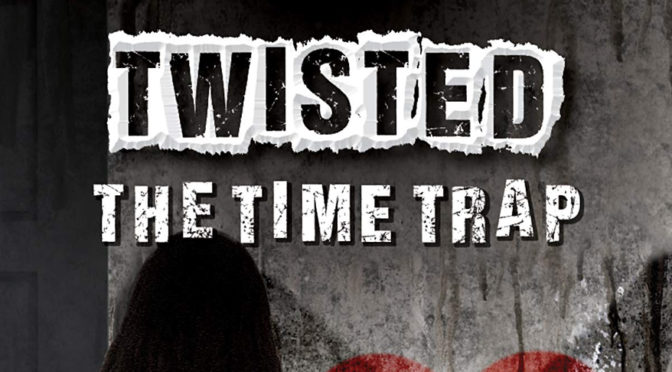 ‘The Time Trap’ tells the story of a young girl who’s life has taken a turn for the worse following the decline of her parents’ marriage and secretly longs to return to those days when everything was perfect. Then, following a seemingly innocent suggestion on an obscure web site, she discovers an incredible way to travel back to those idealized times. What happens next is far from what she’d hoped, however, particularly when she encounters the last person in the world she expected to see…. ‘The Time Trap’ is the coming-of-age story about a young person’s education on the true value of our experiences, the importance of living in the moment, and the sweet promise of all that lies ahead.

To read the first chapter—

The first two titles in the ‘Twisted’ series—‘The Videomaniac’ and ‘House of a Million Rooms’ have already enjoyed tremendous success with children of roughly middle-grade age (grades 4 to 8), including and most notably reluctant readers, and are available to educators through normal channels such as Follett and Baker & Taylor. To order ‘The Time Trap’ from Amazon, please go here—